The Panama Affair: An Antisemitic Scandal in an Age of Globalization 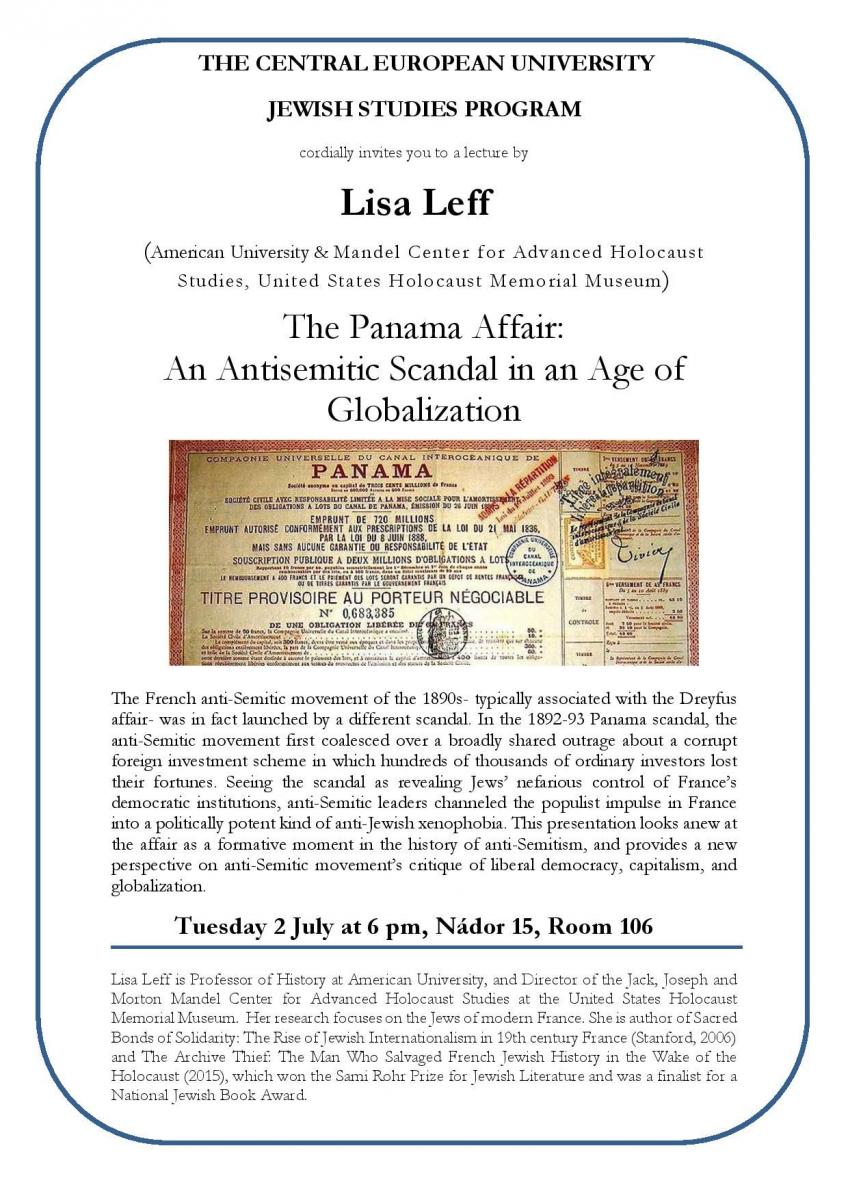 The French anti-Semitic movement of the 1890s- typically associated with the Dreyfus
affair- was in fact launched by a different scandal. In the 1892-93 Panama scandal, the
anti-Semitic movement first coalesced over a broadly shared outrage about a corrupt
foreign investment scheme in which hundreds of thousands of ordinary investors lost
their fortunes. Seeing the scandal as revealing Jews’ nefarious control of France’s
democratic institutions, anti-Semitic leaders channeled the populist impulse in France
into a politically potent kind of anti-Jewish xenophobia. This presentation looks anew at
the affair as a formative moment in the history of anti-Semitism, and provides a new
perspective on anti-Semitic movement’s critique of liberal democracy, capitalism, and
globalization.