The Scandal of the Budapest Orpheum: Jewish Popular Culture and Self-Fashioning in Fin-de-Siècle Central Europe 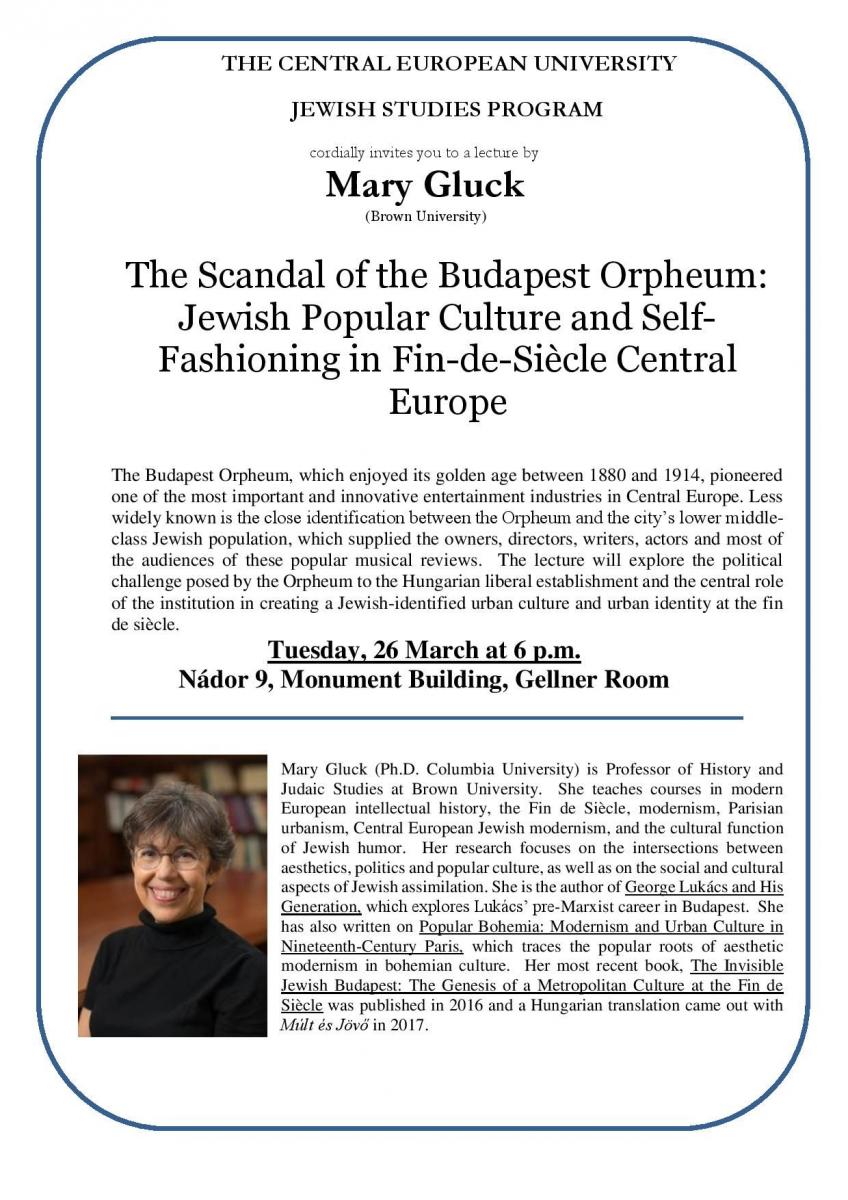 The Budapest Orpheum, which enjoyed its golden age between 1880 and 1914, pioneered one of the most important and innovative entertainment industries in Central Europe. Less widely known is the close identification between the Orpheum and the city’s lower middle-class Jewish population, which supplied the owners, directors, writers, actors and most of the audiences of these popular musical reviews.  The lecture will explore the political challenge posed by the Orpheum to the Hungarian liberal establishment and the central role of the institution in creating a Jewish-identified urban culture and urban identity at the fin de siècle.