'We Know That You Are Not Guilty!' Postwar Myths of Jewish Collaboration, Czech Victimhood, and Slovakian Heroism 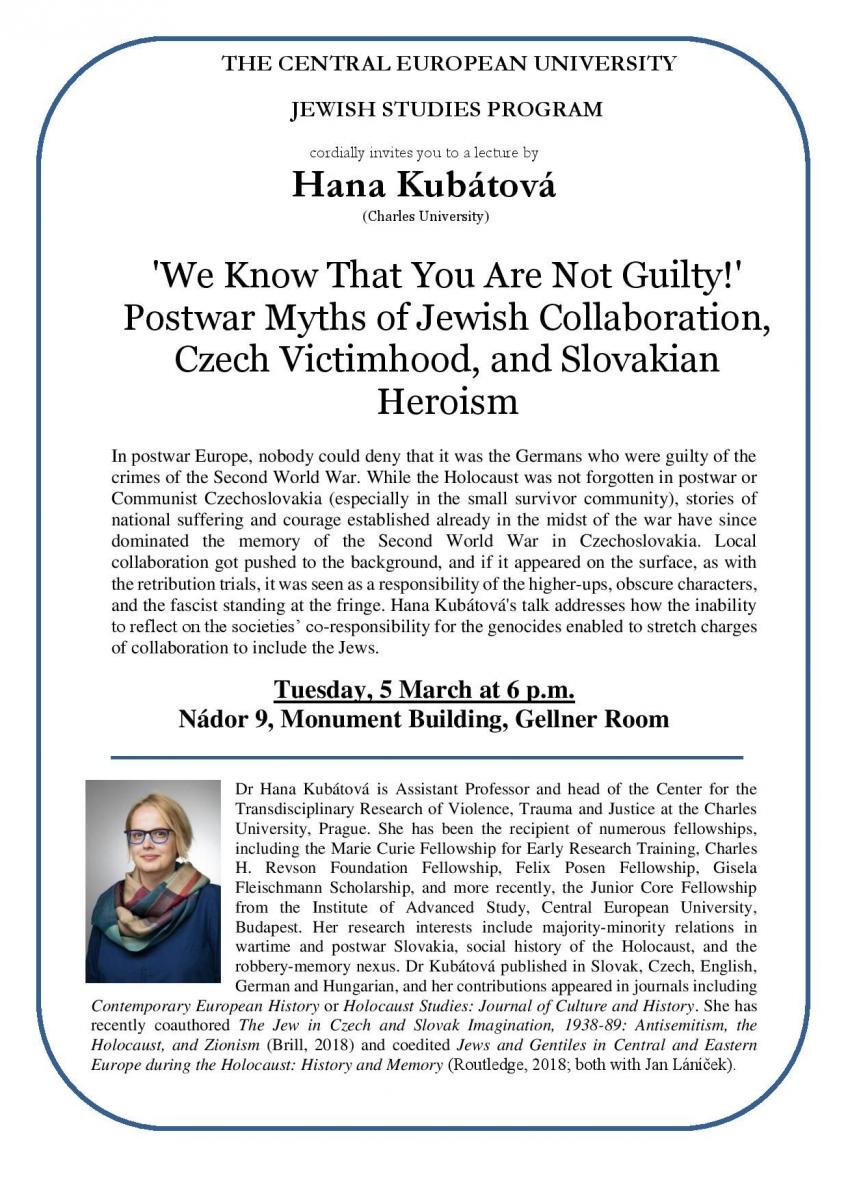 In postwar Europe, nobody could deny that it was the Germans who were guilty of the crimes of the Second World War. While the Holocaust was not forgotten in postwar or Communist Czechoslovakia (especially in the small survivor community), stories of national suffering and courage established already in the midst of the war have since dominated the memory of the Second World War in Czechoslovakia. Local collaboration got pushed to the background, and if it appeared on the surface, as with the retribution trials, it was seen as a responsibility of the higher-ups, obscure characters, and the fascist standing at the fringe. Hana Kubátová's talk addresses how the inability to reflect on the societies’ co-responsibility for the genocides enabled to stretch charges of collaboration to include the Jews.