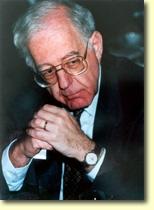 SHLOMO AVINERI, Professor of Political Science at the Hebrew University of Jerusalem, is a graduate of the Hebrew University and the London School of Economics, and served as Director-General of Israel's Ministry of Foreign Affairs in the first government of Prime Minister Yitzhak Rabin. He held visiting appointments at Yale, Cornel, University of California, Cardozo School of Law, Australian National University, Oxford and Northwestern University; and has been a Fellow at the Brookings Institution and the Carnegie Endowment for International Peace, both in Washington, D.C., the Institute for World Economy and International Relations (IMEMO) in Moscow, and Collegium Budapest.
He is Recurring Visiting Professor at the Central European University in Budapest.
In 1996 he received the Israel Prize, the country's highest civilian decoration.
Among his books: The Social and Political Thought of Karl Marx, Hegel's Theory of the Modern State, Israel and the Palestinians, Karl Marx on Colonialism and Modernization, The Making of Modern Zionism, Moses Hess: Prophet of Communism and Zionism, and Communitarianism and Individualism.
His most recent book is an intellectual biography of Theodore Herzl (in Hebrew).